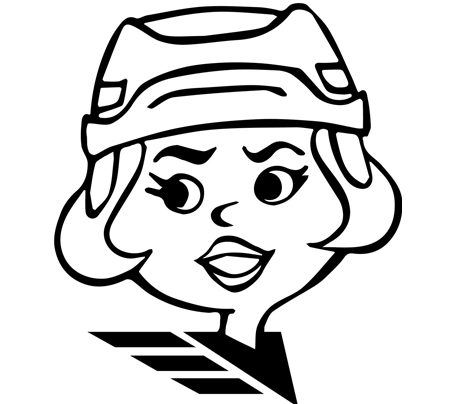 The Lakeville South Cougars (#3) have exceeded projections this season by going an impressive 23-2-0. Their dominant charge through the regular season makes them big favorites to win the 1AA title. Wisconsin-bound forward Claire Enright has 48 goals on the season and Ryann Wright and Taylor Otremba have both had 50-point seasons. The Cougars rotate Payton Land and Claire Bronson in goal.

There are some dangerous longshots in 1A with notions of pulling a big upset. A projected semifinal pitting North versus South could be interesting. Lakeville North, Dodge County, Owatonna, Farmington and Northfield have all had encouraging results late in the season that make them threats to surprise.

Considered a favorite to win it all from the start of the season, the road’s been a little bumpier for the Minnetonka Skippers (#5) than most imagined it would be. For all their talent, the Skippers went just 8-5-0 the past five weeks of the regular season. Forward Grace Sadura and defender Ava Lindsay both have 46 points and eight players have at least 20. Minnetonka’s primary goaltender is Sophia Johnson (1.81 GAA, .913 SV%).

Holy Family (#4) poses the biggest challenge for Minnetonka as the number two seed. Future Gopher Maddie Kaiser has 50 points and the Fire lean heavily on goaltender Sedona Blair (1.58 GAA, .941 SV%). The only blemishes on the Fire’s resume in the past two months are a pair of 3-2 losses to Hill Murray and Edina, making Holy Family among the hottest teams in the state. The 2AA section final is an absolute toss-up.

The top-seeded Burnsville Blaze (#12) had a 14-game win streak stopped in a 3-2 loss to Farmington on Feb. 3, before a 6-0 drubbing of Eastview two nights later rendered that loss a mere hiccup. The Blaze have been on an impressive romp since the holidays, led by senior forwards Zoie Dundon (35 assists) and Kate Katzmarek (31 goals). The Blaze have senior Sami Bowlby (30 points) back from injury and look tough to beat in Section 3AA.

Cretin-Derham Hall (#15) is the two-seed and the Raiders possess one of the top netminders in the state in Hannah Fritz (2.00 GAA, .932 SV%). The Rosemount Irish (#21), among the hottest teams to start the year, have cooled off considerably, but still have Whitney Tuttle (66 points) to keep them in consideration.

With five teams in the top 25, Section 4AA is possibly the deepest, most formidable section in the state. Gentry Academy (#7) has wasted no time establishing themselves in their first year playing in Class 2A. Following a January swoon in which they dropped three of four, Gentry has gotten their groove back and are riding an eight-game win streak into the playoffs. Forty-goal scorer Cara Sajevic leads the way and the Gentry D allows less than two goals per game.

Hill Murray (#9) appears to be in top form heading into the playoffs, led by super-soph Chloe Boreen (42 points) and future Gopher Allie Franco (29). Taylor Anderson and Grace Zahn take turns in goal and the Pioneers have eight shutouts and a 1.85 GAA. Stillwater (#14) has had a bumpy ride, but are still a threat to win the section behind sophomore forward Josie St. Martin (39 points).

The Maple Grove Crimson (#10) have their game in order entering the playoffs, with nine victories and just a pair of one-goal losses to Andover and Hill Murray in 2022. Led by senior Stella Retrum (49 points) and sophomore Bella Shipley (43), the Crimson have enough firepower to get to state. Sophomore goalie Dani Strom (1.89 GAA, .936 SV%) has been outstanding.

Centennial/Spring Lake Park (#13) is in the mix as well, with Lauren O’Hara (49 points) and Megan Goodreau (44) doing a bulk of the scoring. North Wright County (#19) has shown they are capable of pulling off the big upset.

The defending champion Edina Hornets (#2) are still the immovable object in 6AA, led by Uma Corniea in goal (0.81 GAA, .961 SV%) and Vivian Jungels (43 points) on the blue line. The Hornets remain dominant defensively and are favorites to return to the ‘X’ on Feb 24 to defend their title.

But 6AA is certainly no cakewalk. Benilde-St. Margaret’s (#6) reeled off 12 straight wins in the last month and have yet to be outshot all season. On defense for the Red Knights, Emma Peschel (31 points) is the quarterback, and Emma Hoen (32) and Mary Zavoral (23) lead the offense.

The Wayzata Trojans (#11) edged Benilde 2-1 in November, and a season-closing 6-3 rout over Minnetonka has the Trojans playing with confidence. Sloane Matthews (51 points) is a dominant force and Annika Lavender (1.99 GAA, .910 SV%) is between the pipes.

The biggest favorite in any section is the undefeated Andover Huskies (#1), who can overwhelm teams with their offense, or shut them down with their D. Goalie Courtney Stagman (1.09 GAA, .946 SV%) has seven shutouts and Ella Boerger (55 points), Madison Brown (45) and Isa Goettl (39) have their eyes on a state championship and a perfect season.

The Grand Rapids/Greenway Lightning (#18) are playing with fervor, having won their last five games and are Andover’s biggest threat. Freshman sensation Mercury Bischoff has 47 goals and 70 points for GRG and goaltender MacKenzie Cole (1.65 GAA, .927 SV%) has had a great senior season. Elk River/Zimmerman (#23) and Blaine (#27) can be pesky in spurts.

Moorhead (#17) leads the way in 8AA and has won nine of 10 to close the regular season. Former Gopher Ryan Kraft’s Spuds have hit their stride and appear well-positioned to win a trip to state. Juniors Olivia Dronen (35 points) and Bria Holm (34) lead the Spud attack up front. 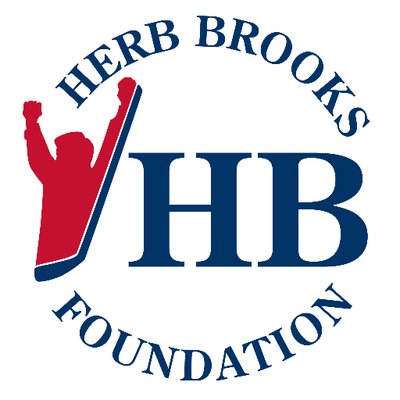